Laser Marking, Engraving & Etching: What are the Differences, and Which One Should You Choose? 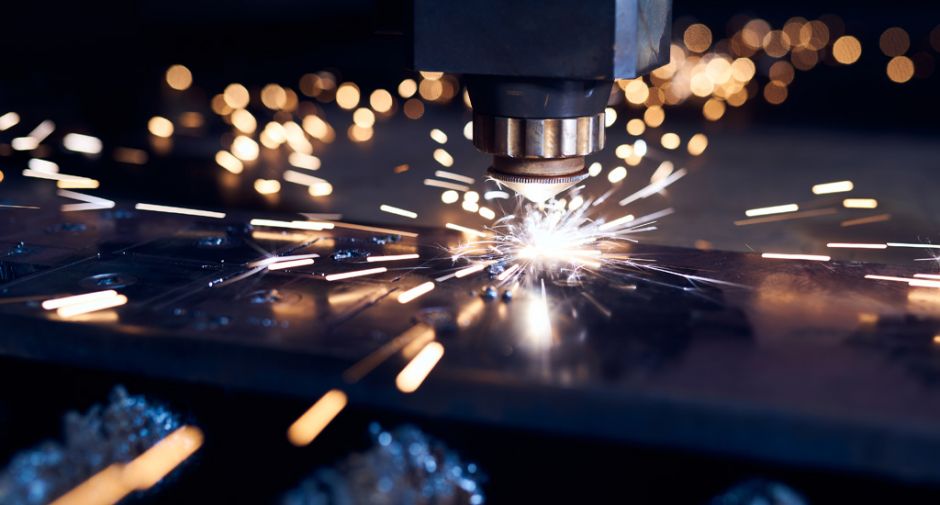 Lasers (Light Amplification by the Stimulated Emission of Radiation) can be used to permanently mark, engrave or etch a range of materials, including metals such as stainless steel and aluminium, plastics such as acrylic, and wood. Using machines that use lasers, this marking, engraving and etching is used in a number of industries for a number of reasons and applications.

For example, in the automotive industry, traceability of parts and components is hugely important, particularly parts related to safety. For instance, if a component is faulty, by looking at the identifiers on the parts that have been made using laser technology, manufacturers can swiftly and simply find out when and where the part was produced, helping with product recalls and warranty decisions. Laser technology can be used to mark, engrave or etch the components with identifying codes and numbers, improving the traceability.

What Are The Ways To Imprint On Materials With Lasers?

As we’ve mentioned a couple of times, the major techniques are:

Despite the three techniques’ many differences, these terms are often (wrongly) used interchangeably.

In this article we will explain what these different techniques are, how they work and which works best for which applications.

What Is Laser Marking?

Laser marking (also known as laser colouration, charring, or laser dark marking) is the process of marking, or discolouring, a material such as metal to create permanent marks. This is often used to display a barcode, a QR code, a logo or for text markings.

The process occurs under the surface of the material, leaving the surface physically intact and only creating a visual mark, not a physical one.

How Does Laser Marking Work?

Using a laser marking machine, a low-powered laser beam is moved slowly across the chosen material. This heats the material, causing oxidation under the surface, which turns lasered parts of the material black, creating high contrast, permanent marks.

How Much Do Laser Marking Machines cost?

One of the benefits of choosing a LASIT machine is that you can opt for more advanced to meet your own specific requirements. Here’s an example of a MicroMark-G3 laser marking machine with a rotary table:

What Is Laser Engraving?

Unlike laser marking, laser engraving actually removes areas from the surface of the material being worked on.

The mark left by laser engraving is both visual and tactile - you can see and physically feel the engraving. It is the most durable of the three techniques.

How Does Laser Engraving Work?

This vaporising happens quickly due to the high heat, so tends to be performed in pulses (pulsed beams reach higher peak powers than continuous beams), making this a relatively fast way of making a mark using a laser. Repeated pulses in the same spot deepens the indent.

How Much Do Laser Engraving Machines cost?

What Is Laser Etching?

Technically a type of laser engraving, laser etching creates marks on parts and products by using a laser beam to melt the surface of the material. The laser beam uses a large amount of energy on the intended area for marking, causing a raised mark

Though melting the material requires a high amount of energy, it doesn’t need as much energy as laser engraving requires to vaporise the material, taking less time and thus making laser etching the fastest of the three techniques for marking materials.

How Does Laser Etching Work?

Like laser engraving, during laser etching the laser beam is pulsed from a laser etching machine, releasing bursts of energy at specific intervals onto the material. However, the pulses are more distanced, as less energy is required on the focused areas as the aim is not to vaporise, as it is with laser engraving, but to melt.

The material absorbs the laser beam’s energy when it hits the surface and the energy converts into heat. The majority of the energy is reflected by the material, but enough is absorbed and changed into heat to melt the very top layer of the material, causing it to expand.

This melting occurs because the temperature of the material increases rapidly as the beam’s energy is converted into heat. The now melted surface changes shape, before quickly cooling down, altering the surface of the focused area of material. This change results in a permanent marking. Etching can also cause colour changes, with black and white being a favoured contrast produced by laser etching.

How Much Do Laser Etching Machines cost?

The LASIT TowerMark-Z offers a range of power sources to suit the material to be marked with several options available including X & W Axis. This laser etching machine starts at £23,000 & is very versatile.

So, Which One Should You Choose?

We've put together this handy comparison table to help you understand the differences between the three laser marking techniques:

Considering this, what are some of the common uses of laser marking, laser engraving and laser etching?

Laser marking can be used for a huge range of tasks as it is very flexible due to the ability to change the laser’s wavelength to act on different materials.

For example, laser marking can be used to create ID cards and smart cards as it is difficult to tamper with and thus reduces the likelihood of fraud. It’s also used in the electronics, advertising, food, semiconductor, automotive, medical and aerospace manufacturing industries, with specific examples of its uses being to mark ink cartridges, keyboards, plastic packaging, jewellery engraving, metal work, QR codes, logos, barcodes, UID codes and bottle caps.

It is especially useful for work with hard materials such as steel, titanium, tungsten carbide and inconel.

Laser engraving also has a broad range of uses, being able to perform both simple and complex marks on a huge variety of materials. These include barcodes, complicated logos, 2D data matrix codes, injection mould cavities, core pins and inserts.

Laser engraving is particularly useful when a more durable, permanent mark is required, as the nature of the deep, indented, physical mark means it will last longer than other marks, particularly in harsh environments where other marks may become worn. It is therefore a favoured option for companies who produce parts and products that are likely to be in these sorts of environments. Laser engraving can also be used for Sub-Surface Laser Engraving (SSLE); the creation of 3D images engraved within glass objects (without altering the surface of the glass), often used in retail and gift industries.

Laser etching is particularly popular with car manufacturers and their suppliers, who require traceability of car parts to help with product recalls and warranty decisions. Laser etching is often used for data matrix code to uniquely identify parts going into the final assembly.

It’s also useful if a high contrast look is desired, as etching can result in a number of colours and shades, making the marking stand out. Uses include bar codes, serial numbers, part numbers, QR codes, best before and expiry dates, maintenance due dates, and company logos.

Why not contact us for a friendly, no obligation chat to learn how we can help you with your print project.